This colourful experiment uses Skittles to demonstrate solubility and diffusion. 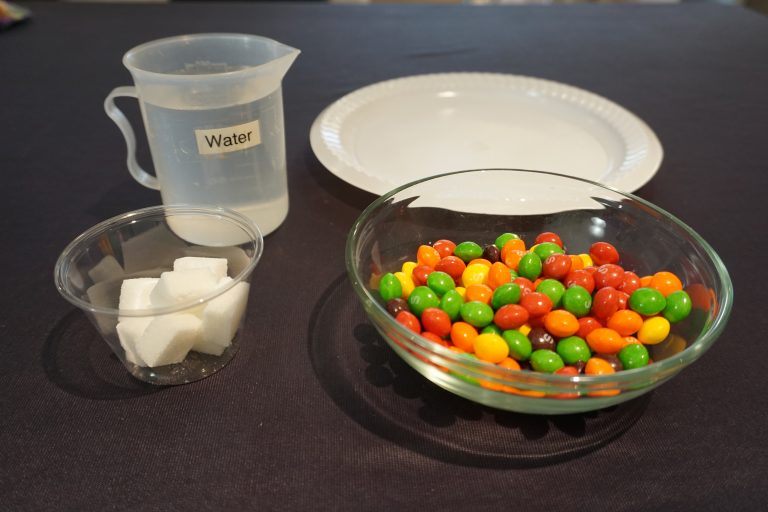 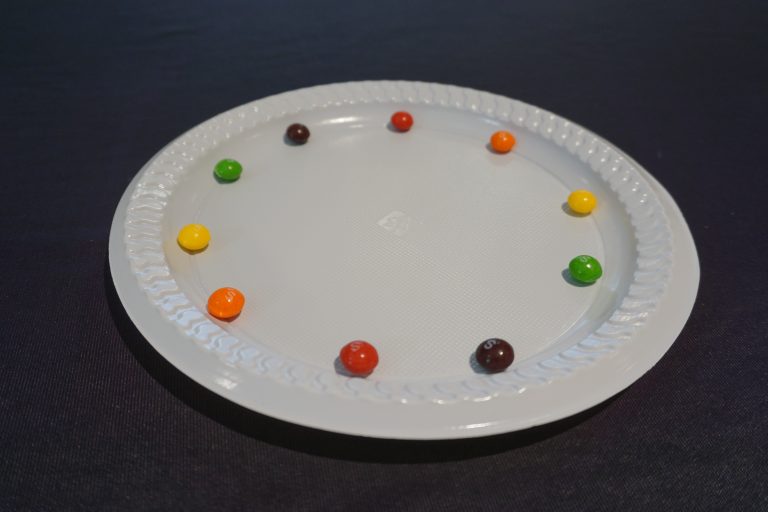 2. Gently pour your water into the middle of the plate until all the Skittles are in the water, being careful not to disturb or move the Skittles. 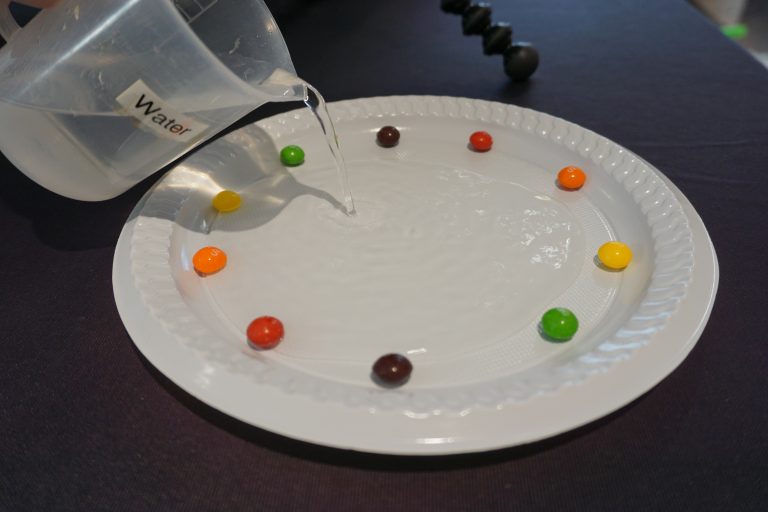 3. Watch what happens! (For best results, be careful not to bump the plate or the table.) 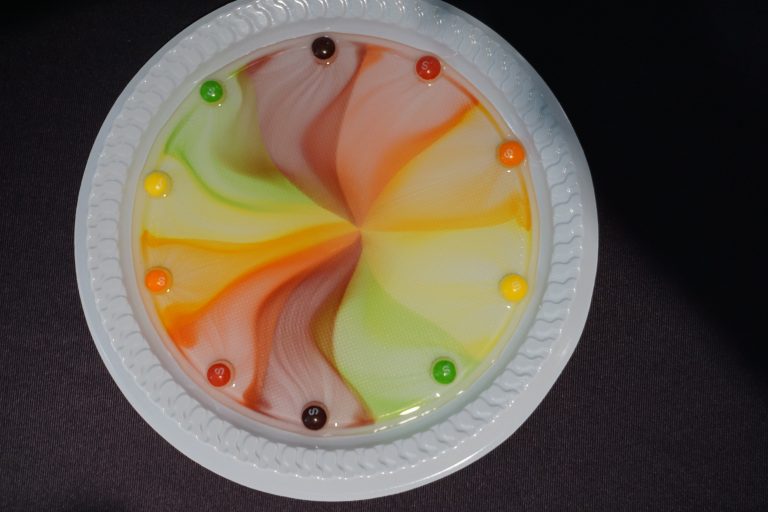 4. When the colours have reached the middle, carefully place a sugar cube (or a small pile of plain sugar) into the middle of the plate. What happens to the colours now? 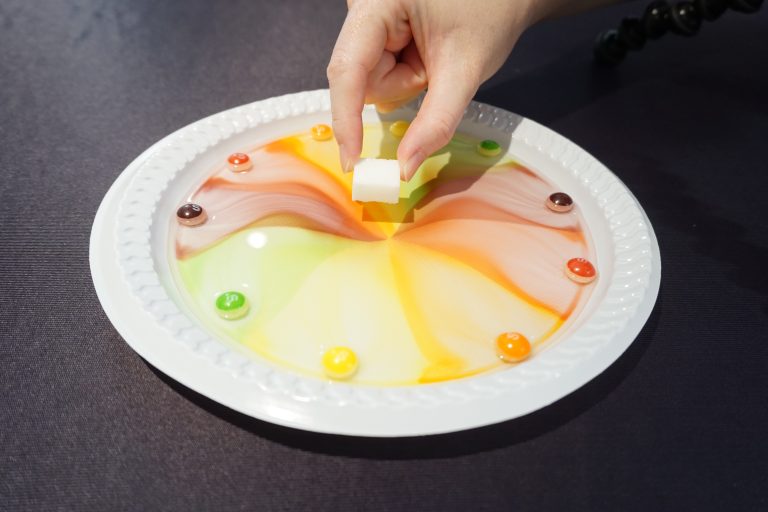 Skittles are tasty little balls of sugar with a coloured sugar coating. When the water touches the Skittle, the sugar in the coating starts to dissolve, taking the colour with it.

When something dissolves, it might look like it’s disappearing, but what’s really happening is that the molecules are separating from each other and floating around in the water – the sugar is still there, even though we can’t see it.

Stirring helps all the sugar dissolve and spread quickly and evenly through the liquid – this is why you might stir a cup of tea or coffee after adding sugar.

But even if we don’t stir, the molecules of sugar spread themselves out evenly anyway. This is a process called diffusion.

When the sugary coatings of the Skittles first started to dissolve, all the sugar was around the edges of the plate. The colours dissolved along with the sugar, which let us see where the sugar molecules were going – they moved in towards the centre of the plate where there was no sugar. 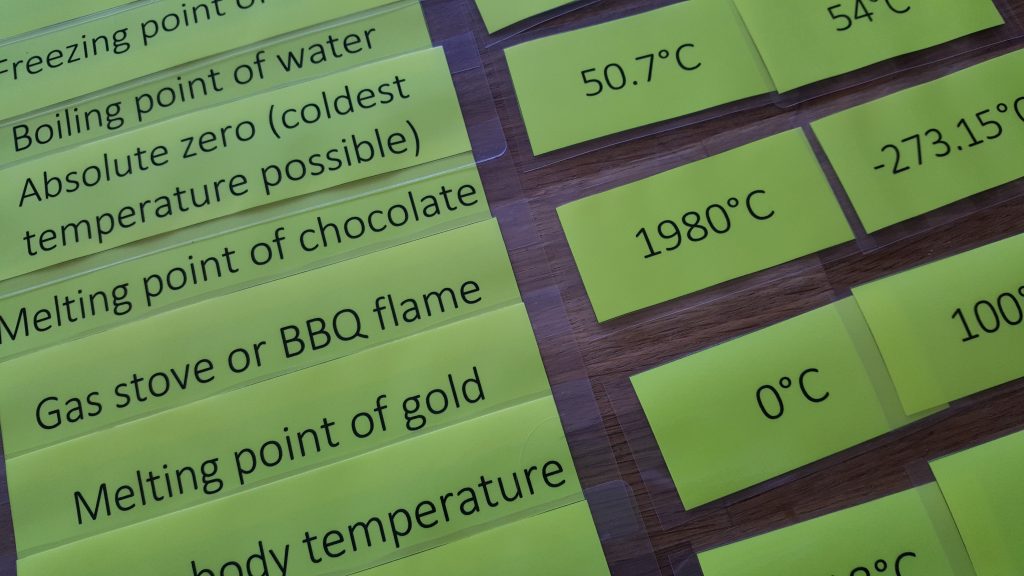 Do you know what’s hot and what’s not? Test your knowledge of temperatures with this challenging activity, sure to spark some heated discussions. Download the printable activity (PDF, 69kb) Download,…
Read More 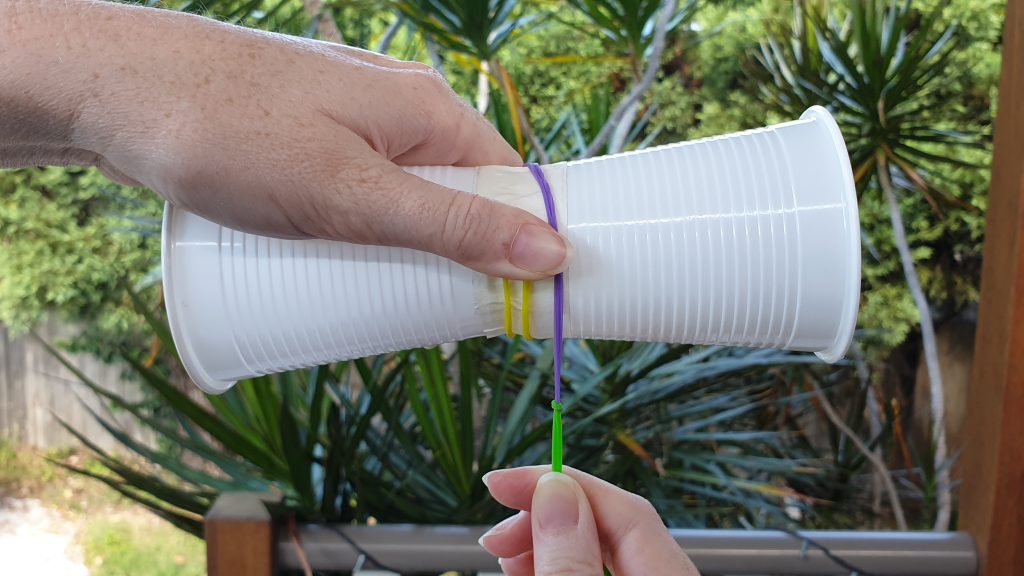 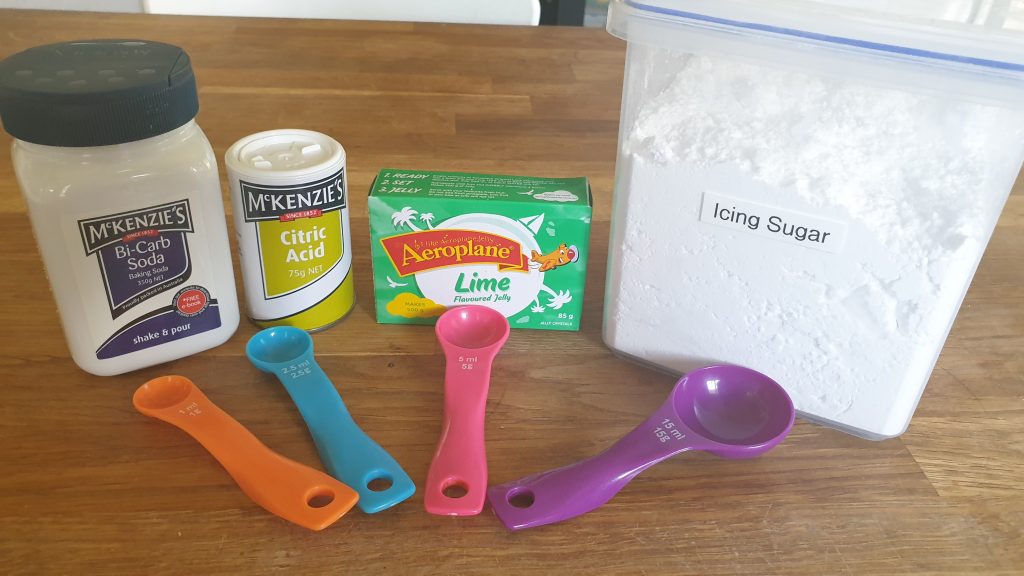 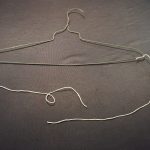 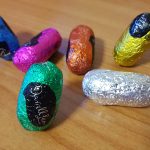 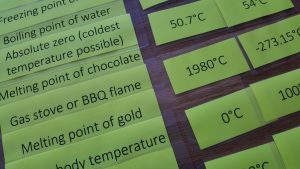 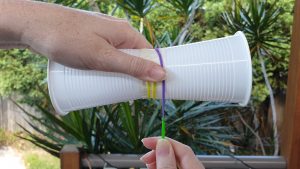 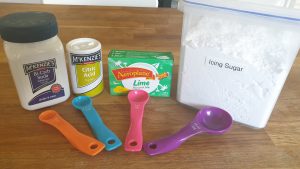